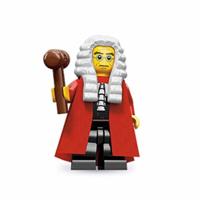 Remember to follow the rules ( https://anon.cafe/lego/rules.html ) and have fun! This thread is for any queries you may have for the board, suggestions for improvements, etc. 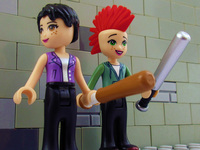 Minidolls! First released in 2012, they were exclusively used in the "girl" lines until The Lego Movie 2, after which time they immediately went back to being exclusively used in the girl lines. Minidolls have fewer points of articulation than minifigs and are thus more challenging to customize. Let's see your custom minidolls! 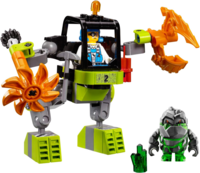 >After leaving Power Miners, Brains joins the Atlantis team. >In 8078 Portal of Atlantis a skeleton of an Aqua Raider can be seen >The aliens from Alien Conquest are shown to be behind the Atlantis and Pharaoh's Quest themes

I've been wondering, you hear about figurines manufacturer all the time, things like those guys who create custom Warhammer statuettes and the like, but I've never seen LEGO specialists.

Basically what I'm asking is:
-What are the tools used by LEGO modders to make their own brick sets and Lego people?
-Are there online tools?
-Are there behind the scenes into LEGO creation? As in, videos of the creative process behind designing a set/legokin, marketing/focus groups and actual production thereof?
-Who are the LEGO engineers that decide how many bricks should a building have?

Let your inner old fart out and come reminisce about the Lego of yesteryear. Childhood memories, favourite sets/themes, etc. 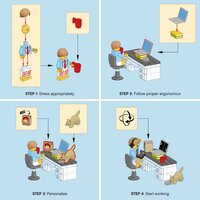 Posts That Don't Deserve Their Own Thread. (PTDDTOT) 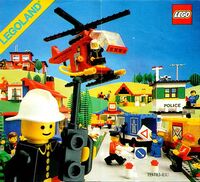 How do we go back?

Tired of seeing all of this star wars and corporate sets just slaping a label on lego and do kids these days feel the same way? 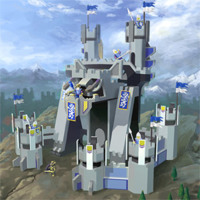 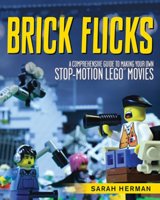 Information share thread - it may be a PDF, infographic, or just a link to a cool website. 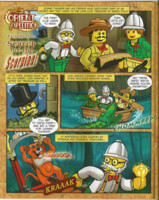 Posting these for the anon that requested them.

Kicking it off with the classic that started it all.
https://www.youtube.com/watch?v=jde4qHbCtSg 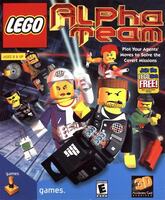 This theme doesn't seem to have as much praise or scorn as others of its time. And the make-over they got in 2004 doesn't help. So what does anon think of Alpha Team, rightfully forgettable or unrealized potential that would have gotten to Ninjago levels? Did you like the Team better, or Ogel and his drones? 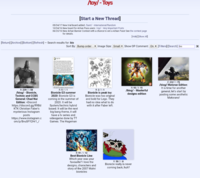 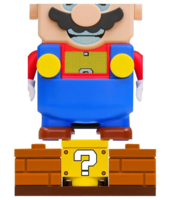 Post the latest Lego leaks, rumours, or upcoming themes here. Lego's just announced a Mario line and this is the rumored set line up. 71361 is a CMF wave according to the rumors, which should prove interesting. CMF Series 20 was revealed at the NY Toy Fair. The Mandalorian is getting 2 brickheadz and the long-awaited Razor Crest 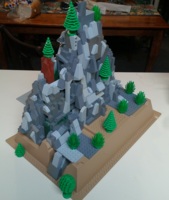 My first attempt at a mountain.

So tell me what's the thing with ninjago and why is it still going? And what's your favourite season or set?

So, after we received a lot of critics we decided to steer to this version of Willy Wonka and we made this final. We won't change it anymore. Do you agree? https://ideas.lego.com/projects/f37ee26a-8944-44e1-a29c-573f51bfcbbb

Hey there, building friends, I'm here to tell you that the Infinity Cup 2020 is officially back on track! Come and give us a brand new team to play with! 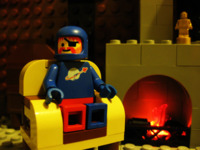 Post any high res logos or box art you come across

How many have you played, if any? Generally speaking I'm quite sour with TT after the unfinished mess that was the Hobbit game. Correct me if I'm wrong, but didn't they have a day-one DLC for that one? What sad times we must be living in where even Lego is not safe from the ravages of the modern video game market.
Anyway, holy shit do I wish they would do my ideas for Lego games, which they have done a bit of in LotR and Clone Wars. I also want to see Legos torture and murder each other, and I DO NOT want them speaking anything comprehensible. I want to crucify Lego dissidents for the glory of my Lego empire. I want to massacre entire cultures that happened to be in my way. Kids would eat that shit up because kids like edge, and parents generally don't give a fuck anymore what their children play. How would an E/E10+ FPS fair, do you think? Lego Sims-clone?

So you're looking for some challenges, huh. Well you've come to the right place anon 'cos I've got a whole dossier on them. And remember to check my office regularly in case I manage to dig something more up, y'hear? Good luck. 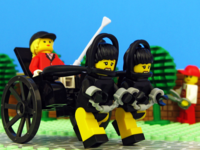 Now that lewds are allowed, post 'em! Can be waifigs or fan-art, it doesn't matter. 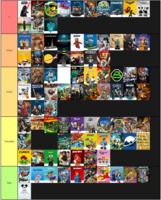 What did you guys get for Christmas? My family gave me these 2 this year

How does everyone feel about these sets? What's your favorite architecture set?

What do you think of Red Star Games? They're a small group of BIONICLE fans who write content for tabletop games based off BIONICLE. Their most expansive and most complete project at the moment is Doronai Nui, a D20-based role playing game inspired by the Metru Nui saga. They are also working on material for Barranai Nui, a BIONICLE-themed skirmish game based off the 8th edition of Warhammer 40,000, and Heroes of the Stars, a rules-light RPG based off the franchise's second generation. What do you think about these people and their projects, /lego/? Do you or would you play any of their games? 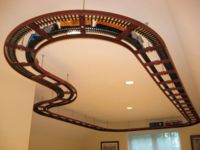 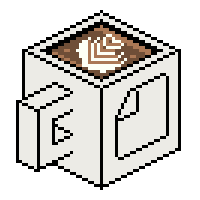 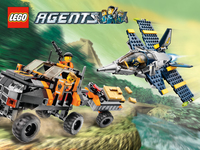 Agents is a really underrated theme 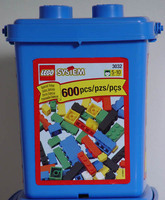 How do you feel about them? Do you think recent ones are doing good at their role? What do you think is the best one? I like those that are mainly bricks, with some slopes and jumpers/side studders thrown in. 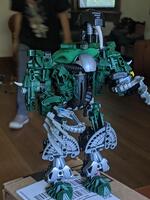 Are you going to vote for uncle-anon, or do you have different strategy?

Starting with this. Who the fuck came up with this? It almost fucked Exo Force over.

OK who of you is looting Lego sets in the middle of the riots? 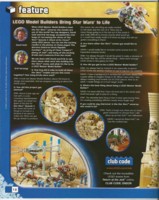 Posting these for the anons on /lg/ that were interested in them. 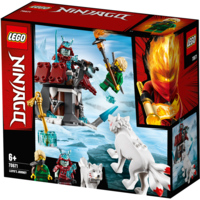 Picked up 70671 Lloyd's Journey recently and overall its a great set. I'm seeing in several places that the set is being reduced right now, which only makes it better.

The set itself is a nice little fort for the ice samurai and its quite compact but good looking. Would be nicer to have more space for the ice guy to stand on, but that can always be changed.

The ice samurai is by far my favourite minifigure in the set and pretty fucking cool. The printing on his face is perfectly fine, but his torso printing needs more work - the white printing on top of the dark red isn't thick enough so it looks slightly pink.

>Create an alternate build for any set of your choice
>Redesign a pre-2000 set using modern pieces and techniques
>Build a squad, and post the story behind them
>Build some minifigure scale brick built animals
>Create a small comic strip
>Make an alternate build for any Monthly Mini Build from this year
>Take a wave from any theme and turn it into micro scale (bonus points if all the micro scale MOCs are in scale)
>Redesign your favourite set of the 2010s
>Build 2 small vignettes that show you at the beginning of this decade and where you think you'll be in 2030!
>Make a MOC for a forgotten theme
>This year's modular is a bookstore - build something to add to it
>Architecture goes to Asia! Create iconic Asian architecture not covered in the new wave!
>Conflict between the police and crooks seems to be stepping up - build an over-armed vehicle for either faction
>There's more small City sets this year - design you own small City set that uses less than 75 pieces
>Build something to accompany 60267 Safari Adventure
>We finally get a 32x32 white baseplate - build a scene on it!
>Try create something more American than 31104 Monster Burger Truck
>2020 sees the introduction of microdolls - scale down an existing minidoll set to their size!
>El Fuego has died! Build a memorial for him!
>In 70427 Welcome To The Hidden Side we finally journey to the Hidden Side - make something spooky that would be at home in the Hidden Side
>Marvel heroes and villains get their own mechs - create a mech for a hero/villain that doesn't get one
>DC CMFs make an appearance! Make 4 8x8 vignettes for 4 minifigures of your choice
>April/May wave of CMFs is rumoured to be a 10 year anniversary series - build something to go with your favourite minifigures from any of the previous series!
>Whether we wanted it or not, Minions is coming. Create your own minions for any Lego villain
>Ninjago goes cyber! Build your own set of NPC characters to compliment the wave
>Modify any non-Ninjago set to fit in with the cyberpunk videogame wave
>Ninjago Legacy is still revisiting old sets and redesigning them - do this for some other Ninjago sets!
>Create your own favourite videogame character/vehicle for the ninjas to ally with/use
>China get more exclusive sets - design your own regional-exclusive for any country you want
>Speed Champions gets a Tiny Turbos-esque polybag, so turn some Speed Champions sets into Tiny Turbos scale!
>Either modify a 6-wide Speed Champions car into an 8-wide, or modify a new 8-wide into a 6-wide
>Mandalorian didn't get many sets - build one of your own!
>75269 Duel On Mustafar could definitely be improved - so do it
>The Star Wars saga is over; make your favourite scene!
>Reuse a unique mold from the Trolls line for something other than its intended purpose
>Build some minifigures and a small scene to go with 40375 Sports Accessories
>Build some minifigures and a small scene to go with 40376 Botanical Accessories
>Build a MOC - anything you want!
Have a good year /lego/men

post the rides your minifigs use to roll around from point A to B, land vehicles are prefered but not law, can be anything vehicular, starting off with mines 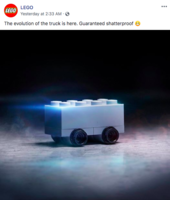