Welcome to /lang/, home of all languages!

This board is a continuation of various smaller boards from 8ch dedicated to learning new languages, translating documents from one to another and overall just having fun with other anons in the ultimate pursuit of universal knowledge.

RULES
1. Global Rules apply here.
2. English is the preferred language outside of threads strictly dedicated to a particular language.
3. Be courteous to other anons, as this is a (mostly) SFW board - if people wish to translate stuff that is kinkier than usual though I'll see what I can do with the site administration.
4. Any material that you have that could be useful to other anons, please, share it! Having videos and resources helps immensely!

That being said, the board will remain active as a bunker if 8chan ever comes back, in which case, please, come meet us there as well!

I'm very interested in learning a few languages. How bad of an idea would it be to attempt to learn multiple languages at once? On top of that, is there anything I need to know before I attempt this?

Hey linguistic brothers, We're announcing a revamped Infinity Cup this year! Come join us over at https://anon.cafe/icup/ and make your own team!

Thread dedicated to the German language

Also, I do apologize for the lack of stuff, I'm trying to make the board more colorful but just bear with me for a while longer. 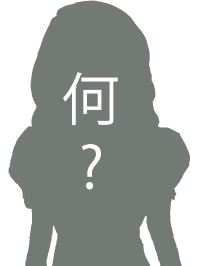 Let's say anon learns Japanese and travels to Osaka. Wouldn't he be better off knowing Kansai dialect to fit in more, /lang/?
Also how do I get my southern drawl? I've been here since birth and it shows, Thing Is, I didn't develop my southern drawl due to little exposure. I take pride in my heritage and that underdeveloped drawl is making me feel like a fag. What do I do?
Open

I was planning on making a small clearnet IB containing several Self Improvement boards, including this one. How interested would you be in moving there?

What's the language you regret learning the most? Everyone has that moment when they realize doing something was a bad idea, but it was too late to go back.

Apologies to the BO for not having an image or resources like the ones you've been using
Use this thread to discuss, ask questions about, or share works of translation to/from the Latin Language.
>Resources
A good textbook to use for getting started from absolute zero is Lingua Latina: per se illustrata by Hans H. Orberg. I don't have a pdf - if an anon would post one that would be appreciated. It reduces your reliance on dictionaries by teaching words solely by context or by definitions using words you've already learned. (I find a dictionary is useful in spite of this.) If followed to its completion, the course of study found therein will take you to reading Caesar with relative confidence.

It's split into about 30 chapters, with a section for questions at the end of each. If you're serious about learning the language, do these on paper. Check your answers with the attached answer key, then tuck the paper away somewhere. Go over them from time to time.

There are two supplements to the book:
>Lingua Latina: per se illustrata - grammatica latina
It is a small handbook with tables of verb conjugations, noun declensions, pronouns, et cetera. A handbook of essential grammar. This is useful if you don't want to constantly google these things to remind yourself of them / practice them and would prefer a print version you can look at more easily. Otherwise, not worth getting.
>lingua latina per se illustrata - latine disco: student's manual
This is a small book that contains English companion explanations for each chapter, and an essential rundown of the concepts it introduced. Can be especially useful given that some concepts in the main chapter may have been introduced too subtly. If you feel that you may be too much of a brainlet to catch everything, or simply want some reinforcement of what you learned, it may be worth picking up.
In my own case, I got it when I was about halfway through the main book. It helped on some minor points, but overall wasn't that helpful. Google can cover most bases, in my experience.
I also have no pdfs for either of these.

If you're just starting out, you should consider being able to read Julius Caesar's commentarii de bello gallico as your long term goal. Once you reach this point, you'll be well on your way to reading the more significant works of Latin literature.
Attached are some additional easy reading materials for before you reach that point. Both should be about simple enough to read when you are half way (or so) through lingua latina. Due to filesize limits, they will be in the following posts.

There is also a forum on the internet that has a section competely devoted to Latin speaking. It's quite dead, but here's a link if you're interested.
http:// latindiscussion.com/forum/

Thread dedicated to the French language

>Resources
Empty at the moment, will be updated
>What we need
Sites and resources to help newcomers learn the language

Let's have a thread for learning Arabic, for our /islam/ bros and everyone else who is interested. Arabic is a Semitic language that is spoken by over 200 million native speakers in 22 countries. It's also one of the six official languages of the UN. Arabic is classified as a Level 5 difficulty language by the Foreign Service Institute, meaning that an English speaker would need 88 weeks, or 2200 hours of learning to master it. So if you want to study Arabic, you'll need a lot of time, patience, and determination - but that goes for any language. The Arabic you'll be learning is most likely going to be Modern Standard Arabic, which is the modern descendant of the 6th century Classical Arabic. Actual spoken Arabic can vary widely from this standard, however. Some varieties are mutually unintelligible, but you should be good to go anywhere with MSA. Here's some resources: >Arabic lectures https://www.youtube.com/channel/UCEmWUZanVYXEzZXYDHzD-iA https://www.youtube.com/user/CGEJordan/videos >Simple Arabic short stories https://www.youtube.com/playlist?list=PL7RpCYE5gLKF3Wus9QmIXHuy4p81lpaVA >Arabic courses Online https://www.madinaharabic.com/ https://www.arabicpod101.com/

Got any ideas for a good one? Help me make this board a little more colorful!

Thread dedicated to the Russian language

This is the /int/ language learning wiki, it has general guides and guides on a bunch of languages.
https://4chanint.fandom.com/wiki/The_Official_/int/_How_to_Learn_A_Foreign_Language_Guide_Wiki

Also, here's a pastebin with some good resources.
https://pastebin.com/ACEmVqua

Enjoy, and welcome to the Webring.

Thread dedicated to the Esperanto language (and all other ConLangs)

Who inspires you to learn languages?

for me it's Cardinal Giuseppe Mezzofanti.

What languages are you learning? Italian here, I've been at it for about two years.

Got anything needing to be translated? Are you making one yourself?
Subbing and fandubbing also appreciated.

Thread dedicated to the Japanese language

>Resources
Empty at the moment, will be updated
>What we need
Sites and resources to help newcomers learn the language

Also, I do apologize for the lack of stuff, I'm trying to make the board more colorful but just bear with me for a while longer.

What translators you nignigs use?

Thread dedicated to the Chinese language

What is the best way to learn Arabic, specifically Yemeni dialect of it.

It has come to my attention that many (myself included) are not Anglosphere natives. As such, it would make perfect sense having a thread dedicated to perfecting English as a second language.

>Resources
Empty at the moment, will be updated
>What we need
Sites and resources to help foreigners learn the language