Welcome to anon.cafe/fa/
This board is for fashion of any and all varieties. Try to keep off topic posts to a single thread.

tight shit only look at these Tommy's

a message is mandatory 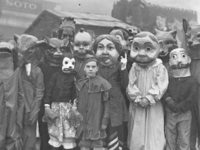 Take pictures of the trick or treaters and post them. General Halloween costume thread 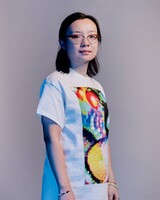 Researchers at Northwestern University have developed a garment designed to confuse digital surveillance algorithms into thinking you don’t exist >Normally, surveillance algorithms work by recognising a characteristic in an image, drawing a ‘bounding box’ around it, and assigning a label to that object. To interrupt this, the t-shirt uses colourful, pixelated patterns to confuse the technology into thinking you don’t exist. In other words, the clusters of pixels are placed to confuse the AI’s classification and labelling system, making it harder for it to map out your facial features. >“For the physical attacks, the real challenge is to remain undetected during the whole video duration,” says Battista Biggio, assistant professor at the University of Cagliari, and creator of the first adversarial example, which was successful in fooling spam email detection. “When detection is running in every frame, remaining consistently undetected is much harder.” >The researchers recorded a person walking while wearing a checkerboard pattern and tracked the corners of each of the board’s squares in order to accurately map out how it wrinkles when the person moves. Using this technique improved the ability to evade detection from 27 per cent to 63 per cent against YOLOv2, and from 11 per cent to 52 per cent against Faster R-CNN. >However, Lin says it’s unlikely that we’ll see these T-shirts in the real world. “We still have difficulties in making it work in the real world because there’s that strong assumption that we know everything about the detection algorithm,” she explains. “It’s not perfect, so there may be problems here or there.” >In fact, the researchers don’t actually want to help people evade surveillance technology at all. Instead, Lin says that the team’s ultimate goal is to find holes in neural networks so that surveillance firms can fix them, rather than to assist people in avoiding detection. “In the future, hopefully we can fix these problems, so the deep learning systems can’t be tricked.” tl;dr Make pixelated, bright colored, headache inducing shirts to avoid face detection. The people who are working on this aren't going to do it for you. They want to be able to detect you no matter what.

Hey, snazzy looking fellas, We are bringing back the INFINITY CUP 2020 and we wouls absolutely love to see you guys out on the field in your finest kits! Come join us and make a team! We'll be waiting for you. https://anon.cafe/icup/ Also, unrelated, but let me say, your board is some serious aesthetically pleasing little thing!

these haven't come out yet so these reps probably won't be 1:1 but they look fucking dope thinking about getting them away. 125 bones. Good look? 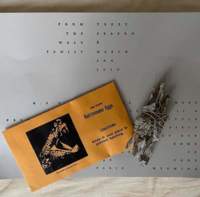 New yeezy's have an old school trick that comes along with them. They're fucking crocks. Will you buy these for the upsell value of $300 for gimmick snake eggs and actual sage?

Dont dress to impress.Just be the best unlike the rest 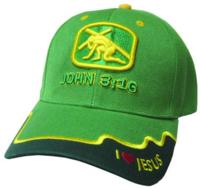 How do I achieve /fa/ hobostyle?