1. Respect the Global Rule 2. The Board is SFW, hence spoiler any mature content if you can 3. That's pretty much it 4. This thread will work as a META THREAD for the rest of the board. Feel free to post your complaints and questions here. The board was set up merely a bunker and repository for developers, waiting for 8chan to come back online, but since it's in the process of committing sudoku, this could be your new home. List of other bunkers: http://8agdg.wikidot.com/general:bunkers
Open

hey all, recently became homeless but i still want to work on my game. i'm currently on a shitty laptop, are there any game engines that might be able to run on it? i'm thinking unity but i want to hear suggestions 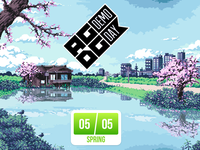 OFFICIAL DEMO DAY THREAD ~ /v/ + /agdg/ Next Demo Day: 02/02 >What is demo day? A seasonal community event in which your fellow nodev anons show off their vidya, and for you anons to do what you do best. >That is? Play our vidya, and tell us how we can improve, show us the untapped potential you see, tell us how much our game sucks (or doesn't, after you've played it of course), and why it does or doesn't suck. Obligatory Notices Please post criticism/bugs/etc in this thread. After this thread is culled, please post criticism/bugs/etc in this thread 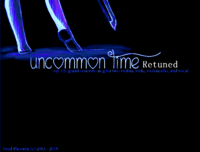 Tenative Name : Uncommon Time Retuned Demo day builds (Latest at feb 13th) : https://mega.nz/folder/9HhVQaAb#Xa_HoCynSVuPKx7iOJTLNw I am doing a full rewrite/edit of Feralpheonix's game Uncommon Time. In addition to the purging of literal-faggotry and tumblrshit, it cuts filler and adds in new story elements. Included are more main characters, a few new side characters, real villains, and gives the both the player and characters more agency in their actions. For the gameplay side, spells from all fronts are being tweaked to make them more useful. Characters that were otherwise shit for one reason or another are changed up to be better. Yanfly Engine Ace scripts are added, so the party limit has increased to 7, and there are various other additions to make the game better. as well as a few oversights with the scripts that I need to work around to make time less-wasted >why are you doing this? To prove to myself I can emotionally get over my nodev status and make "something big". >You're not gonna fuck up Teagan, right? Hell no, she's still snide and critical as ever. In the rewrite, she's a legit monk instead of a "fighter", no longer a carbon copy of whatever anime character FP used to template Teagan, and will still be critical about the party over their shitty playing. And for you glorious waifufags, I got you covered, fam. >Is FeralPheonix's self-insert (Alto) less of a cunt now? Yes. Alto as a character has been split into triplet siblings now: Alto, Mezzo, and Soprano. The bitchyness and autism have been shuffled around the three of them, so you'll see how things pan out as the game progresses. >So you purged the tumblrshit, what about the worm and the faggot? The worm is going to be a half-fairy male, the faggot-in-a-dress is now going to be a wild-man in elk and bear furs. Once I get around to doing actual art, that is. For the record, the ex-worm's mother is for-real a fairy, she's plenty alive, and she actually plays a part in the present story. >What about Meirin? Meirin doesn't change too much. Her heterochromia is going to be much a modest green/hazel rather than the red/green of OG-UT. Other than being an alchemist and a few spoiler-worthy changes to her family/backstory, she's not much different personality-wise. >Is the story still a generic "humans bad, humans broke world," enviromentalist bullshit? Nope, fairies are humans allies now, and have more of a "look at these silly humans and laugh" attitude, but the "breaking of the world" is seen more of a "oh shit, we both fucked up" moment. Demons were the adversary of the two races in the past, but have been long-since disappeared. At least in the rest of the world they're gone. >Can I fix the world for good this time? Yes. But you'll have to find the secret final arc to get to that. Not available in this version. >Is the boring-ass sidequests still fetch-quest-bullshit? Right now it's technically unchanged, but my plan is to streamline the padded parts, and expand upon Solenne's backstory. And an arc for one of the new characters. Approximate Progress status >Raw Script Act 1 - 98% Act 2 - 33% Act 3 - 42% Secret Final Act - 93% Overall - 66% complete >Implementation to the game, and gameplay itself. Act 1 - 32% Act 2 - 3% Act 3 - 0% Secret Final Act - 3% Overall - 34% Complete >Art 0% complete (I guarantee my art won't be great, but I'll be satisfied if it's "good enough") >Music ???% Complete (I've decided I will use both music from OG-UT, but also make my own. Tracks I intend to use as mine use either fillers or stock RPGmaker music. I have the means to make music, but right now I want to focus on the gameplay itself.)

Anyone here using the RPG Makers? Which version do you use? What are your favorite projects made with it?

Is the original 8/agdg/ owner in charge of this board, or was it started by someone else? 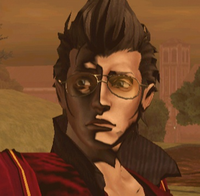 Ok, seems like I'm a fucking retard and this is above my head, so I was hoping that /agdg/ can help me. I've been learning a bit of python as I made some visual novels over the years, I thought I had it ok but I'm stuck with what potentially be something stupid only because I bite more than I could handle. I'm trying to do a simple "Breakout" style mini-game for a new visual novel I'm developing. The gameplay will be largely inspired by both Touhou bullet hell and the original 4 or 5 touhou games that were more in the breakout style. I wanted to have the main character hold a shield and him being able to hold it and toss it, holding the shield would protect him from some projectiles, but he can toss it to damage enemies to either the right or left using the mouse buttons. He should be able to move freely through a portion of the screen, and he would get upgrades through the game like extra shields, more health, and the strength of the shield, and there would be a couple of boss battles using these mechanics. I had the flow map already planned, but the problem is FUCKING REN'PY DOESN'T HAVE SUPPORT FOR PYGAMES ANYMORE Reading some of the documentation, it seems like using creator-defined displayable is the way to go, but I for the life of me can't manage to display the mini-game correctly. Can /agdg/ walk me through this like a retard? Any example code lying around? There are plenty of pygame breakout games around, but I couldn't find a single one ported to ren'py in order to at least see what I'm doing wrong. My other option is moving to godot and trying, but since the game will largely be mostly a visual novel/trainer game, I think it would be pretty retarded to switch engines only because of the mini game, and ultimately I may drop the mini game, but man, I don't want to since I really like the concept.

This is my first ever finished videogame, and I think it's worth sharing here too. It was originally supposed to be just a little joke, but when another artist joined the team the project really kicked off until it escalated into a real full-size game. Give it a try and me what you think: https://mwe.ee/FluffyDatingSim-1.0-pc.zip 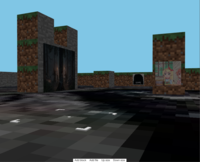 Hey! Here is the first a playable demo for the V2 of 3DChan: https://3dchan.net/blog/july-2020s-dev-blog/ >What is 3DChan? For those who don’t know what 3DChan is, it’s an hybrid between the imageboard culture and Second Life. >Concept of the V2 (more on my blog post) This version won’t be online, not exactly. You will be able to post files and build level in local before sharing it via bittorrent. It’s pretty close to the concept of Decentraland, but without the virtual estate agent thing. BTW, is this channel linked to the 8chan's /agdg ? I used to post here.

Is there anywhere I can read up on this, or a book or something? I wanted to make a 2D platformer, I made a crude framework of sorts, but there's no real physics system. I have no idea how to program projectiles, jumping, running physics, etc. Currently, i just have the player rise slowly until they hit the ceiling and then fall down when you hit the space key, and if you land on top of an enemy they die. And you can jump and collect coins, that's pretty much it. I did it from scratch in c++ with an old version of Microsoft Direct Draw and WinAPI, because Direct X is way too complicated and I don't want 3D, plus some ancient tutorials written circa 2001 that I grabbed from old 8chan /pdfs/ were direct draw based anyhow.

https://www.invidio.us/watch?v=rIpOc_LdWdk
One thing I always wanted from making my own game, regardless of its kind, was to be able to emulate that "60fps Arcade Feeling" that you only get from oldschool cabinets, shit like super fluid animations and fast moving objects alongside large sprites or tons of entities on screen.
Is there any good way around doing that? Specifically, anything about optimization and data compression or whatever you've got?

Hey there /agdg/. So I did some work learning the basics of OpenGL written by hand hoping to create a waifu simulator project. I'd kind of like to pick back up the project and figured if I posted the (far too many) details about the process I've gone through so far, it might spur some additional interest, and also maybe help other anons learn about the process of creating a game-engine-like-thing from scratch too. I also have a lot of unanswered questions still, so maybe someone here can help me get past them. I used the examples and tutorials from learnopengl. https://learnopengl.com/

Hello, devs! We're building up teams for the https://anon.cafe/icup/ Infinity Cup and we'd really like it if we could have you on board! If you want to join us but you're too scarce in numbers, you can always just piggyback on the 4chancup's exports. What do you think? 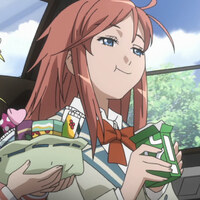 I was planning on making a small, clearnet IB containing several Self Improvement boards, including this one. How interested would you be in moving there?

Need an artist for game

The game is called Lesion. Story is about two ninjas fighting aliens that attacked their clan. If you are interested hmu on discord: Lesion#0648

There's a guy that goes by saint11, he makes some pretty good pixel art tutorials. 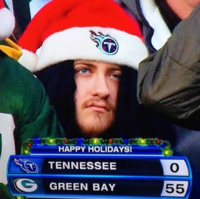 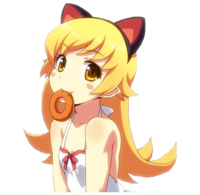 So, is there any news on what happen to this game development lately? Please do discuss here.
Open

Does anyone have some good tips on pre-rendered graphics?

Does anyone have experience with web dev? I tried some javascript engines, but had big issues with them
On Impact js I couldn't even change the font
and on MelonJs the instructions are unclear as to where the files should go
Other engines I tried were either too simple and with predefined stuff to the extreme, or few to no tutorials 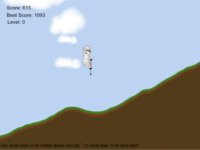 I'll just drop this here.
http://woodentrollgames.epizy.com/
It a browser game.
Alpha as fuck, when you reach the end, you'll fall off the map.
Open

I'm disappointed that vch isn't on the webring. I'm curious why you guys are here instead of the /agdg/ thread on mark's board?